We covered a lot of topics in class today, divorce, legitimacy, custody and inheritance. This blog entry is only about divorce though, because I find it interesting, especially since there are some peculiarities about the Law in Malaysia when it comes to annulment of marriages.

First, there is the standard talaq that is initiated by the husband. There are several categories of it but essentially: talaq raj’i, talaq bain sughra, and talaq bain kubra.

Talaq Raj’i is more a form of separation than an annulment, which is governed by S.51 of the Act. Essentially, the couple can choose to revoke their divorce, at any time, during the cleansing period Iddah of about 3 months. This is the lightest form of divorce with the least consequence.

Talaq Bain Sughra is a real divorce, which is governed by the same S.51 of the Act. In this case, the divorce cannot be revoked but the couple can choose to re-marry again, after the Iddah period has passed. In my opinion, this is a real divorce in the true sense of the word.

Talaq Bain Kubra is a final divorce, which is governed by the same S.51 and S.14 of the Act. In this case, the divorce cannot be revoked and the couple cannot choose to re-marry again, even after the Iddah period. This divorce is final and binding. They can only re-marry after the wife re-marries and re-divorces someone else first.

Also, the number of times a couple divorces is also considered. If a couple is divorced three times (talaq tiga), the divorce is considered final – of the last category. This is unlikely to happen in real-life as most cases of talaq tiga are done at a go, usually in a fit of anger.

Next, there is the issue of method of divorce. The most simple, obvious and direct method is Talaq Sarih which is basically the husband telling the wife in the face that he divorces her. The second method, which is fast gaining popularity is Talaq Kinayah which is an indirect method such as divorce via SMS, or through the use of ambiguous words.

Typically, during the process of the divorce, the Court will appoint an arbitration committee to arbitrate as most divorces are messy and this is governed by S.47-S.49 of the Act. They can take several rounds of arbitration and finally, the recommendations are forwarded back to the Court.

Secondly, there is Khul’ governed by S.49 of the Act that essentially allows the wife to initiate the divorce. This form of divorce essentially allows the wife to ‘buy’ herself out by paying the husband a fee. To me, this is an interesting form of divorce. However, it is generally only accepted if there are irreconcilable differences on the part of the wife.

Thirdly, there is Fasakh governed by S.52 of the Act that is essentially a court ordered divorce. The grounds for such a divorce are many and listed in great detail in the Act. Some interesting examples are when the husband is imprisoned for more than 3 years, failure to perform marital obligations for a year, husband was impotent at time of marriage, insanity and also a partner suffering from an STI.

Fourthly, there is Ta’liq goverend by S.50 of the Act. This form of divorce is unique in Malaysia as it is sourced from Malay Adat instead of from Islamic Authority. Essentially, my take on this is that it’s a form of divorce by contract, where both parties agreed verbally to divorce under specific conditions. Once these conditions are met, the wife can initiate the divorce.

From the list of cases given for our reading, this form of divorce is the most common in Malaysia as it is also the easiest to do. From case law, one can almost make all kinds of requirements and conditions that when met causes the marriage to be voidable.

Finally, there is Li’an which is a very special case of divorce where the husband catches the wife in the act of adultery with another person. He can then apply for a divorce by taking an oath.  This is governed by S.50A and S.110 of the Act. This form of divorce is final.

That’s it – a quick description of the various forms of divorce under Malaysian Islamic Law. Of course, there are a lot more details to cover but those are details that I’ll have to cover for my own examinations.

My take on it is that the freedom to divorce is generally in the hands of the husband, while the wife is allowed to initiate divorce under specific conditions. This may seem biased but this has to be balanced with what happens after divorce. The wife can file for all sorts of claims that are biased to her instead.

Therefore, my reading of the Law is that Islamic Law allows one to easily get married and to easily get out of it as well (in the sense that the rules and regulations are all nicely laid out). I think that this is essential for a way of life that encourages marriage and procreation by reducing the risk and consequence of failure.

Till death to us part may sometimes be taken too literally. 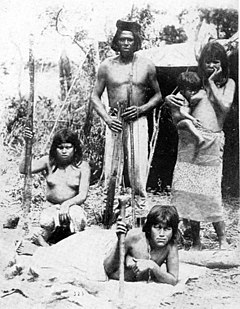